The idea of space has been severely contested for the longest period of time between several sections of the society. The oppressor and the oppressed contest over the ‘Demarcation of space’ almost every time. In some cases, it might be based on caste or class division and in some cases, it might be based upon gender division. Women historically have been denied the rights to ‘public places’ as a systematic way of marginalizing them. However, things have changed, with the rise of the new India milieu, there is a high section of working women population who are challenging the outdated patriarchal norms.

Rain baseras or homeless shelters area part of an initiative launched by the Delhi government in a hope to give comfort and shelter to people who are homeless. There is around 144 Rain base as currently in operation in and across Delhi. Among these, there are certain shelter homes which are just reserved for women and their children. Most people come and stay here on a day to day basis, while some people prefer sleeping in these shelter homes, some like loitering around outside as it somehow curbs their freedom. Reasons to not stay in a night shelter can be multi-fold and not traced back easily to one single cause and effect.

We tried to find women who would narrate their stories on why they prefer to sleep outside rather than the homeless shelters which are provided to them and what the concept of ‘home’ or the idea of residence means to them per say, and how many have won the battle against the society and how many are continuing to fight it till these point of time.

NewDelhi, the capital of the ‘bright spot’ amongst all developing countries, is also the city infamous for its unsafe streets for women and is thus, often dubbed as the ‘rape capital. On December 16, 2012, a 23 y/o woman was gang-raped inside a moving bus and the incident shook the nation to its core. Women took to the streets to raise their voices, and were further angered by the thecontinuous rhetoric of ‘What was she doing out so late?’ The incident marked a movement that started out for women to reclaim public spaces.

The norm is that women’s access to public space has to be conditional to a specific purpose. Once the purpose is fulfilled, they should no longer remain in thepublic space. Pinjra Tod, a movement based out of New Delhi, is attempting tofight this idea. It is no news that women’s hostels in India have curfewtimings while most men’s hostels don’t.

Three years on, the movement continues to fight for women in the public space. It is not only questioning the boundaries set for women but also the internalisation of patriarchal practices. Since 1953, the boys of Hindu college worship a banyan tree as a Virgin tree. Several students gather around a tree amidst a lot of fanfare to paste a picture of a woman and proclaim her as the object of male desire. As per Pinjra Tod, this celebration reeks of misogyny and views a woman only as an object of desire, not as an equal citizen. The idea is that only men have the right to express their sexuality, women are simply objects.

TheReclaim the Nights movement began in August 2017 in Chandigarh in response to the stalking case of DJ Varnika Kundu by Vikas Barala, the son of a prominent politician. Close to 700 people stepped out on the streets of Geri route for the Bekhauf Azadi March to reclaim the nights.

Some incidents touch a chord and appeal to the collective conscience of the people. Most of the time, however, they remain as bystanders who simply do not want to interfere in another person’s matter. The #AskingForIt initiative by a Delhi based NGO Breakthrough attempts to focus the attention on the role of bystanders who have the power to influence the situation but largely remain ignorant. Some of them even end up blaming the girl, who is simply going about her day. They decided to flip the rhetoric by asking #WhatAreAskingFor and #WhatAreWeNotAskingFor?

Have the movements made an impact on the unconditional presence of women in public spaces? Do women feel safer maneuvering their way around the city? Women in collectives claim more women out on the streets means safer and inclusive spaces for them, however, a similar feeling of safety for a lone women stepping out still needs to be addressed.

The movements are centered on campuses, mainly fuelled by the urban middle-class women going to colleges. These movements rarely address the discourse on the lower class women and their mobilization. There need to be stronger efforts aimed at mobilizing the rural areas so that they too, can be a part of making sure their spaces are safer and more inclusive.

It was early morning, close to Nizamuddin In Khusrau park when people were draped in the blanket of their dreams. We met one such woman who was laying with her two kids, they were rabbits who were named ‘Amitabh’ and Rekha’. When we looked a bit closer, we came to know that in these modern times, when people don’t have time to talk to her, she found her own time to have a conversation with her rabbits.

Asgari Begum arrived in Delhi as a teenager, she came from her birthplace Calcutta in search of a new life where she would have her own family and a home.

They say destiny is pre-written. She got married and had her own kids, however even after thirty years she couldn’t find her own home. She tried every possible way to build a home but she failed, and now she works as a rag picker.

With the passage of time, she fell in love with Nizamuddin Dargah and its adjacent surroundings and in the last thirty years, she has made that her home.

She is happy now, however, the fate of a homeless remains uncertain always, because there is no guarantee when she can be evicted from the premises.

In 2017, she received the biggest shock of her life, when the Delhi government decided to demolish every makeshift shanty in Khusro Park. She pleaded multiple times to the government, however, nothing worked. After all who will listen to a homeless person?

However she still hasn’t lost all hope, she is still optimistic about having her own home in few years by saving the money which she earns as a ragpicker and without any feeling of ‘fear’ and ‘paranoia’, she will have her own home.

Folding her bed sheet, Seema waits for her daughter to get up in the morning. She bought two cups of tea from a nearby stall, she is worried the tea will get cold if her daughter will take any more time. Seema’s daughter visits her once in a blue moon, whenever she feels like. Otherwise, they prefer living away from each other.

Seema has been living in a small corner in Khusro Park near Nizammudin Dargah in Delhi. Seema says the corner is where she belongs, she has an affection with the place to an extent that she wouldn’t trade it for a palace. Seema’s shanty was demolished by the government in 2017. Her heart was broken but her attachment to the place didn’t. She couldn’t leave the place even when her husband died last year. “I was introduced to the road by my husband. He brought me here after our marriage. His company made this footpath a palace for me.”

At the age of seven, leaving behind the abusive father and a six-month-old sister, Radha fled nights of physical torcher and days of forceful labour only to find herself stuck in the arduous circle of drug abuse and petty thefts near Kalkaji Mandir. Since her birth, shehas been mostly abandoned and left alone.

Since that time she arrived in Delhi, she found herself living on the streets, lingering wearily in the neighborhood, spending time in deserted narrow lanes yearning for food and a way to escape her situation.

Today, when she looks back at her life she gets teary-eyed at the afflictions that she endured.

Ittehad stories in the media

When It Comes to Pakistani Food, Our Palates Clearly Trump Politics

India & Pakistan: Divided by Borders, United by Problem of Hunger 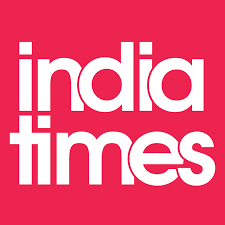 Pakistani Suits in Delhi: Can Fashion Save Politics